New noise: The Dying Elk Herd For Real This Time & Tenterhooks - Meanwhile in Another Part of Town ep - a brief overview 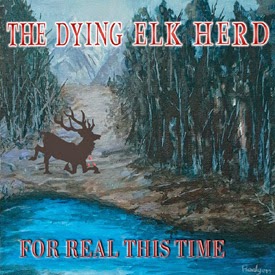 "One way or another we're all mixed up, it's ok my brother," opines The Dying Elk Herd's Dave Benner on "Another Restless Night," in a slightly deaf-tone drawl I might add.  It's this reassuring panache that seems to enhance the proceedings on that song, likewise on the deft opening foray, "Progress Has a Price," and a little further in, "Times of Peril."  At best, when the indie rock gods spread a ray of light or two on this Lancaster, PA trio, I get a similar rush to absorbing '90s era Figgs, and perhaps even Sloan.  Elsewhere, the going on For Real This Time gets considerably more hokey (e.g. "Don't Let the Riverbeast Get You), but bear in mind this is a through-and-through DIY endeavor, and the Herd are wont to do things on their own terms.  Fleeting as For Real's... most notable numbers are they're worth holding onto.  Feel free to draw your on conclusions over at the band's online merch page, iTunes, Amazon, or the venerable CD Baby. 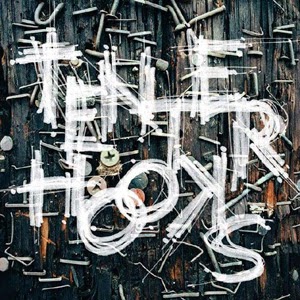 Here's a refreshing concept - a Brooklyn band that doesn't sound an inkling like the trend-hopping hopefuls that typically emanate from that fussed over borough.  Featuring alumni from '90s indie scenesters Jennifer Convertible, the four-piece Tenterhooks pursue a linear meat-and-potatoes power pop muse.  Reminiscent of many Not Lame/Big Deal Records signees circa the turn of the millennium, Tenterhooks neither deviate or advance upon this all-too-traditional, albeit satisfying formula. "Unseen" is Meanwhile in Another Part of Town's most riveting moment, with the remaining tunes paling not much further behind.  Dare I say aficionados of Cheap Trick, The Well Wishers and Splitsville will be delighted with this?  Meanwhile... will be available in the near future from Sugarblast Records, but for now, preview some songs on Bandcamp.
Posted by spavid at 12:06 PM

Thanks for the words (and for listening)! Nice blog. - T'hooks