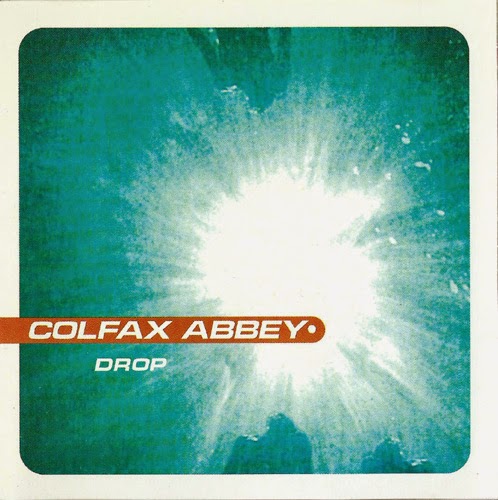 Here's a few ditties about Jack and Diane.   Um...ok, not quite, however Colfax Abbey did consist of four American guys who lived in the heartland, Minneapolis to be exact.  By the time Drop quite fittingly dropped, dream-pop, even of the domestic variety, was past it's nadir.  Nonetheless, these dedicated souls refused to relent their bear-hug embrace of the genre.  Drop is unabashedly the stuff of shoegazy reveries - billowy surges of tremolo soaked guitars, tranquilizing vocals, and artfully manicured swells of howling feedback and distortion.  Truly a celebration of itself if there was ever such a thing.  CA's collective influences will be evident upon your perusal, my only complaint is that the band doesn't formulate anything beyond them.  Then again, painting by numbers is actually a sign of proficiency when it comes to sculpting music this intense and labyrinthine.   Presumably, this album was Colfax's final transmission, but the songs go on long after the thrill of living is gone.

pretty far out there but not wholly unconvincing for the genre

Funny to see this, the band put out an instrumental EP after this called Puncture. Drug sort of killed of the band, they also for a brief tour became the replacement Brian Jonestown Massacre but they never recorded again after that experience.


there was a big Twin Cities shoe gaze at the time, a decent compilation of it can be found here Various Artists Redeyed: Minneapolis Shoegaze and Dreampop 1992-1998 CD (GJG 008)

Thanks Alex. Interesting way to wrap up their career. Will hopefully find that comp you mentioned.

Well never say I haven't given you anything. here it is Redeyed in all its glory http://www28.zippyshare.com/v/9FufnWzb/file.html

and yes if you'd like to repost feel free

Thanks Alex! Really appreciate this. Will check this out soon.

Wow I have been searching for this comp since I left minneapolis. Thx!

maybe someone can repost the link? thank you :)