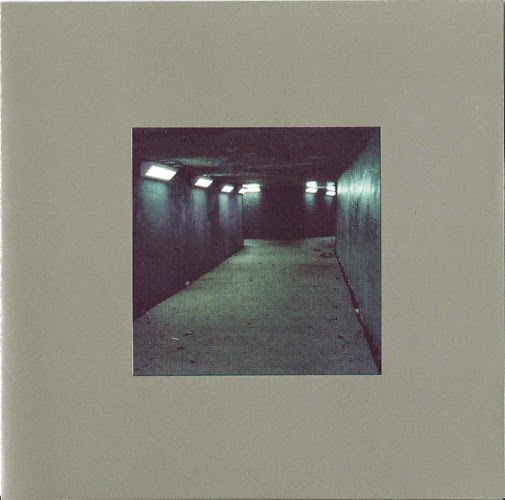 I was a bit dismayed to see this one was no longer available for public consumption, even at the digital level.  I regarded Radio Berlin's The Selection Drone to be a mini-masterpiece upon my initial encounter with it in the early '00s, and that opinion carries over to this day.  With it's noir pastiche of chilly synth lines, abrupt rhythmic juxtapositions, doomy percussion (a la early-Siouxsie) and stark but melodic hues, this album possesses everything I could hope for in the post-punk wheelhouse, with nary a scintilla of contrived, revivalist bullshit.  And speaking of "revivalist," Radio Berlin could have cleaned Interpol's clock, not to mention local Vancouver boys done good Hot Hot Heat.  Below is a slight adaptation of my critique for the Selection Drone for Big Takeover magazine.

Like the Strokes, Vancouver’s Radio Berlin absorb a myriad of old-school influences and expel them into songs that sound unmistakably familiar, but ingeniously renovated and visceral.   While the Strokes lean heavily toward American proto-punkers like the Velvets and Television, Radio Berlin’s palate is decidedly more Anglophile.  Drenched in jarring synths, spare doom-imbued percussion, and jagged, echoing guitar lines, The Selection Drone recaptures the essence of early-‘80s archetypical post-punkers, including but not limited to The Cure (Seventeen Seconds era), Wire (think 154), and to a lesser extent Gang of Four, Joy Division, Killing Joke, and Siouxsie and the Banshees.  Not ones to resort to a mere rehash, Radio Berlin skillfully massage the eerie, melancholic strains of a bygone era into something a little more challenging for the twenty-first century.

I regarded Radio Berlin's The Selection Drone to be a mini-masterpiece upon my initial encounter with it in the early '00s, and that opinion ... minidrohne.blogspot.de