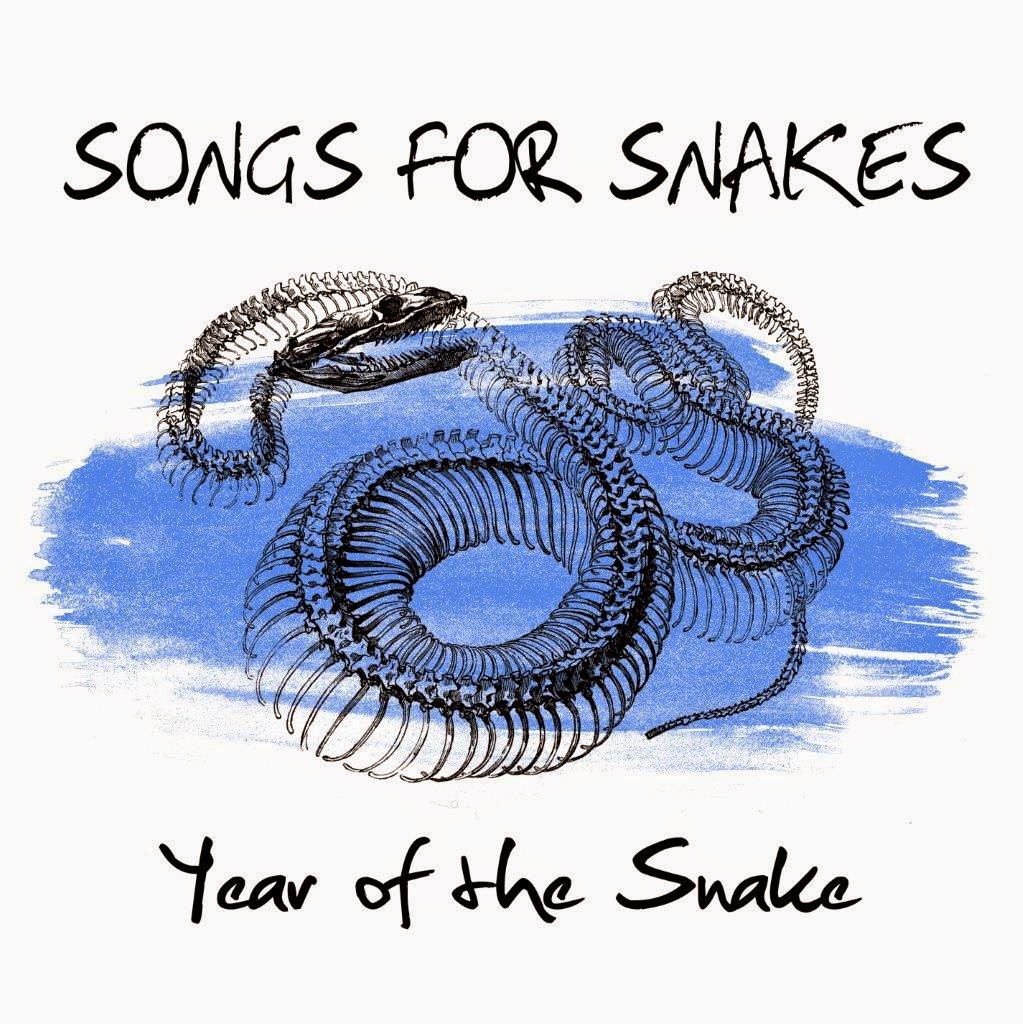 It's that time of year folks.  Warped Tour season is upon us.  I make mention of this, because during the mid-90s inception of said marauding punk carnival, Songs for Snakes would have fit in like a glove amidst the likes of Samiam, fluf, Descendents, etc.  But in case you haven't been paying attention, for the last decade or so Vans' "punk rock summer camp" has evolved into a predictable haven for the screamo and rap/rock hybrid contingents with little regard to the staying power of it's participants.  Once again I digress...

To cut to the chase, most punk-pop aggregations with any integrity left aren't being courted by major labels, nor are they left a trail of crumbs the festival circuit.  Suit yourself, Vans Inc., because here comes album number two from the achingly rugged and melody-ridden Songs for Snakes, a Bay Area trio who wowed me with their 2012 platter, Charcoal Heather.  Still picking up where influential antecedents Jawbreaker, Sugar/Husker Du, and even Mission of Burma left off, the SFS formula hasn't been modified to any great extent on Year of the Snake, though the acoustic strains leading into "I Felt 13" make for a brief respite from the album's overarching, power-chord adherence.  With riveting tuneage like "A Wave That Wants To Be a Sea" and "Painted Lawns" on full-surge display, I'll gladly take the Snakes 'holding pattern,' innovation be damned!  See what I mean by checking things out on their Bandcamp page, where you can buy/stream Year of the Snake digitally, or better yet purchase on gnarly, splatter colored vinyl.
Posted by spavid at 7:59 PM