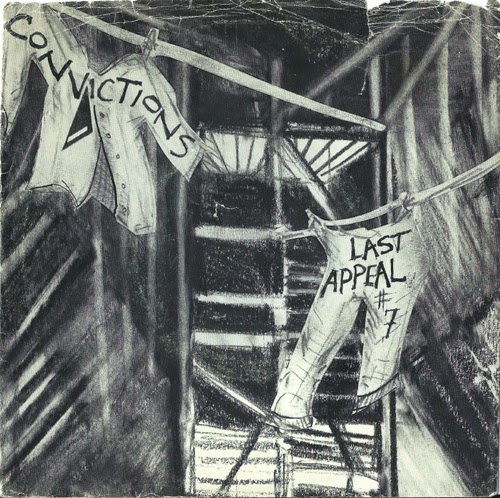 I won't be telling you much about the Convictions, a quintet ostensibly from San Francisco, as there isn't a shred of relevant info to be had online.  Instead, I'd be better off speaking to their songs, especially the A-side of this wax, "Last Appeal #7," a rugged pop-rocker with socially conscious sentiments that doesn't get too heavy handed.  Pretty solid hook here, and by and large, the Convictions might have been a good fit for their now defunct hometown label 415 Records.  The flip "Why Won't You?" mines a demonstrably more rootsy vein, laden with patent bar-rock vibes.  From my end there's no telling if this was the band's only vinyl offering.