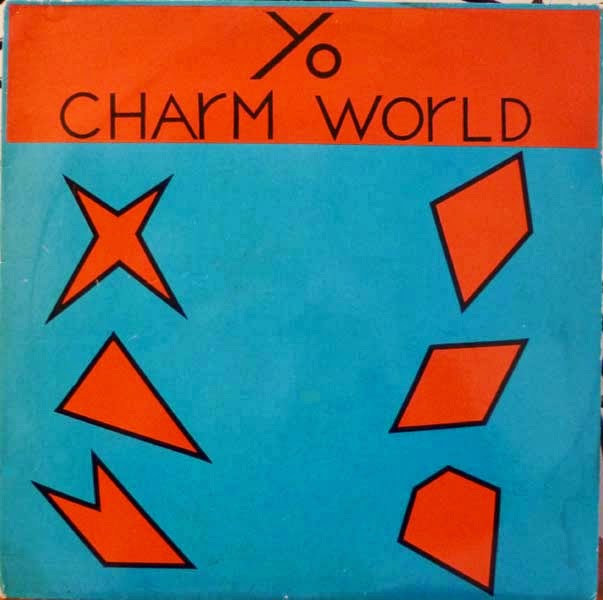 Yo.  What's in a name?  Ostensibly a mere two letters for this East Bay trio, who weren't long on the moniker front, but made some pretty damn unique records.  Chalk much of that up to mouthpiece/six-stringer Bruce Rayburn, whose pipes bear an uncanny likeness to Guadalcanal Diary's Murray Attaway, and to a lesser degree Tyson Meade of Defenestration/Chainsaw Kittens renown, not to mention Stan Ridgeway.   As an entity, Yo were equally characterized by driving and often punk-induced rhythms, making Charm World an unlikely yet somehow ideal "car album."  It's the kind of record that only the golden age of college radio could have nurtured, gestated by a band with an esoteric flair that takes some acquiring.  Mutant Sounds blog had a few choice words to say about Yo, however the download links are dead.  This is from my own rip.

Whoa, no kidding, I just got this in the mail yesterday along with Dumptruck's For the Country. Crazy coincidence.

I used to work in a record shop for a number of years. I saw this pass by a few times, but never put the record on. I'm glad to finally get the chance!

New to me. Looking forward to it.