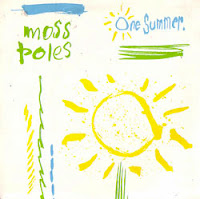 It was more than a simple appreciation of subrosa sounds that served as the foundation for going public with Wilfully Obscure in 2007.  The other part of the equation was a number of other music "sharity" blogs which came before mine that I deeply admired, and first and foremost was a shining beacon called Little Hits.  Curated by Jon Harrison, it was a true music blog in the respect that his original goal was to stick to a song-a-day format (which he succeeded in doing during the mid '00s).  It wasn't the prolific nature of LH, so much as what he was making available through his site - impossibly scarce singles from '80s indie and post-punk acts.  I'm not talking about the likes of the Connells and the Godfathers, or for that matter most of what populated 120 Minutes' playlists, rather overlooked gems from bands whose releases were relegated to local, micro-indie imprints, and private pressings.  Accompanying each glorious blast wave on the Little Hits servers was a depiction of the record sleeve and a brief but informative essay about the music in question.  Gee, I wonder where I got that idea from... 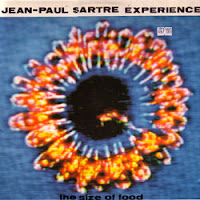 Theoretically, I never intended for Wilfully Obscure to be modeled after Little Hits, yet so many of the enlightening discoveries I made on there led me to search out the actual records for myself, many of which I've passed on to you in their entirety, as opposed to LH's less legally susceptible "one song" per record policy.  How's that for a run on sentence?  Anyway, those daily revelations really stimulated a record buying habit that continues unabated to this day...and the results have been unveiled here ever since. During LH's 2005-09 run, I managed to purloin 300+ tracks from his Mr. Harrison's hallowed servers.  Many of which were from artists I had never encountered previously, and have yet to feature on these pages.  Today is the first of three collections of left-of-the-dial Nuggets that Little Hits brought to my attention.  The Little Hits website is still intact, but hardly browsable, and furthermore all the MP3 links have been removed.  If you're curious about any of the music in this setlist, my best advice would be to do a Google query with "Little Hits" and the band name in quotes, and you should promptly reach the page you so desire.  To read a little more about the closure of LH, may I point you to The Pitch. 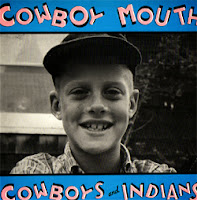 Yeah, Little Hits was great. I managed to grab a bunch of tracks, too, a couple years before he slowed down and then finally called it quits. That Monkey 101 song is great, I finally found a copy of that 7" a couple years ago.

Thank you for fixing the spotlight on Little Hits. Found some great songs, and it was the place to go if I read something about The Libertines (the U.S. one) and wanted to hear what they sounded like (great by the way) or Salem 66's "Across The Sea" to name a couple.

It was my entry into music blogs, as well as something called Jefitoblog, and the amazing writing and unique insights of TWAS (The War Against Silence) which was a music blog without links to the actual music.

Looking forward to hearing your collections.

I think I have the Monkey 101 songs on a compilation, but not the single. That song is a total keeper.

I remember TWAS. I think they did a piece on Guided By Voices that I really liked, and I kept going back for more. Never heard of Jefitoblog. As for LH, Jon's record collection is no doubt a goldmine. I have to wonder if he exhausted his record collection with all that posting...

This is one great collection. Lots of obscure songs that I recognized upon hearing (although I didn't recognize the name of the artist or title) and some I had never heard.

TWAS had some great writing. He wrote quite a bit on Guided by Voices and got me to hunt down The Primitons. I think that was the source of a very provocative article that basically stated that it was abusive to have children perform for adults, whether in music, films or TV (possibly in the context of Michael Jackson).

Yeah I remember Little Hits. Great finds on that blog. I believe I accumulated about 4 or 5 discs of tracks from him, though I may snag these collections in case I missed something.

LH was one of the first music blogs I stumbled across, and like you and your readers, I was fortunate enough to collect a few dozen downloads.

Re: your compilation....Speed the Plough is still going strong. I saw them play in Hoboken, NJ last week and I hope to see them play next Friday. A new album is in the works (or maybe it already has been released).

While I have most of the littlehits stuff on my computer, I always meant to go back and do a complete sweep-through of the blog. It's officially off-line now, however. I know in the past I've seen torrents, etc. bundling (seemingly) the whole package. Anyone know how to attain this?

Please please please re-up this... I downloaded it from you once and wore it out (digitally) but my phone gave up the ghost in February and I stupidly hadn't backed it up. I can't find some of these tracks anywhere else!