I've got a couple of new singles to tell you about, both coming courtesy of the Nostalgium Directive, Seattle-based label, who are just starting to make waves in the propagation of dream/drone-pop in the twentieth-first century. 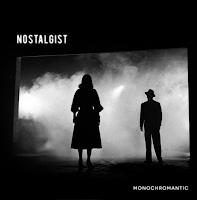 My Bloody Valentine are to shoegazer as The Beatles are to pop music - an inescapable touchstone of which their respective genres are rooted in, and remain a pervasive influence to this day.  Nostalgist's sonic template is not immune to it's share of Loveless-esque ebbs and flows - almost to a fault on "Illusory," but the band offers a rather indigenous facet in frontman Asa Eisenhardt, whose atypically deep and slow vocal panache is downright attention grabbing.  While the remainder of his crew surges along at a usual dream-pop clip, Asa's vox approximate a 45 rpm record being spun at 33.  Perhaps a bit of an exaggeration that, but it does make for one of the most unique permutations this genre has ever produced...and best of all, it practically demands repeat listens.  If the noir hue of "Illusory" wasn't dark enough for you, the even chillier and pounding flip,"Twisting Slowly (Cleansing Doubt)" blacks out the light entirely, treading into similar territory as Red Lorry Yellow Lorry.  Just the kind of blissful bludgeoning I like. 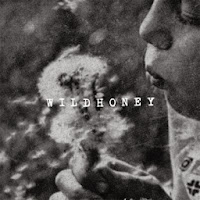 In contrast, Baltimore's co-ed Wildhoney aren't tethered as closely to the Kevin Shields/Belinda Butcher formula, so much as the American read of it that The Lilys and Swirlies perfected in the '90s.  Nonetheless, "Like Me" boasts a wonderfully woozy lilt, tossing in a smidgen of neo-girl band persuasion a la Best Coast.  Elsewhere, "My Disguise" emanates a chiming guitar lead before launching into more traditional 'gazer maneuvers with instantly gratifying results.  Well played.

You can order physical copies of  both records through Nostalgium Directives store, or if you prefer to go the digital route, Bandcamp has you covered.
Posted by spavid at 10:28 PM