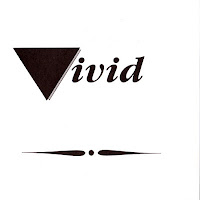 Vivid were a little known Asbury Park, NJ trio who owed a considerably higher sonic debt to the likes of the Alarm, Rhythm Corps, and even Cactus World News than "The Boss."  I know not if these were the only recordings they had to offer.  "Breathe"/"Stand Alone" ranks well above the other 45, which I've also included.  I know for a fact that these were shopped to college radio outlets, but Vivid would have had far greater commercial potential if they made the rounds in 1986, as opposed to the post-Nirvana era.  Abundant echo-ridden guitar passages and soaring vox rule the roost here, that will no doubt do fans of early U2 (and the aforementioned) more than enough justice.  A live YouTube clip is provided below.

That was really neat!

According to their youtube page, yes, they only released those 4 songs, but their live shows there have another five songs:
My Eyes, The Mirror
The Jetty
Shiny Metal Few (Orion)
Upside Down
Nothing Personal
I ripped the audio from the videos and put them on mediafire:
http://www.mediafire.com/?uzaqzhg7on9ohg1
You can use them on your post if you want :)
Thanks for sharing!

Thanks Lucas! Really appreciate you going to the trouble. Gonna load these on my MP3 player for work tomorrow. Looking forward to hearing.