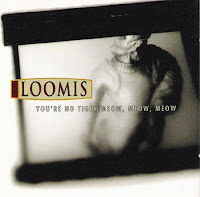 There's little debate that the Promise Ring were the biggest export of Milwaukee's '90s indie/post-hardcore scene, if not the entire state of Wisconsin, but seventy-five miles to the west in Madison, there was some serious noise being made as well. Though I'm sure they shared the same stage with The 'Ring on more than one occasion, Madison's Loomis didn't connect nationally, if only due to a poorly promoted gem of an album, You're No Tiger, Meow, Meow, Meow, on Grass Records, the label that would beget Wind Up Records who would go onto to shame and fortune with bands like Creed, but as usual, I digress. Ironically, for a band ensconced in the industrial Midwest, Loomis had their collective eye honed in on the hotbed of Chapel Hill, NC, particularly zooming in on one of that town's lesser known, but widely applauded (on these pages anyway) outfits, Small 23. Hardly a "meow" You're No Tiger is if anything a full bore roar of sinewy, distortion-addled indie rock with sophisticated melodic tendencies to boot. The album kicks off with a bang on "Conquistador," arguably the most potent song in their catalog, but the remaining eleven tracks make for a convincing, albeit acquired appreciation. 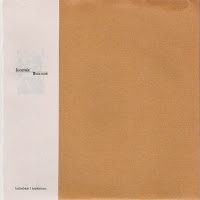 On the heels of Tiger, Loomis tracked a slew of other songs, including the two that comprised the 45 that I'm sharing. A posthumous collection of unreleased material was issued on Sun Sea Sky Records around the turn of the millennium called How Much is Too Much, offering three albums worth of tunes spanning it's two bountiful CDs.
You're No Tiger, Meow, Meow, Meow
01. Conquistador
02. Super Toe
03. Kung Fu Girl
04. Planes vs. Tanks
05. Win!
06. Tanks vs. Planes
07. Pillow
08. Lago Mining Co.
09. Grease Three
10. Wake Up Keveh
11. Melvin Purvis
12. Transit Bitch
Runner Up Records 7"
A. Butterbean
B. Twinkletoes
You're No Tiger: https://www75.zippyshare.com/v/MDKIOQ42/file.html
7": https://www75.zippyshare.com/v/XbcLHAVj/file.html
Posted by spavid at 6:07 PM

Loomis (originally called Sandbox) were from Milwaukee but the first time I saw the Promise Ring (long before the first LP came out and when they were still basically Sunny Day Real Estate clones) they opened for Alligator Gun/Loomis at O'Cayz Corral in Madison.

Just curious, did Sandbox have any recordings to their credit? Never was huge on Compound, but I have their CD, so maybe I'll post it one of these days.

Hey Dave from Loomis here. thanks for the post. Everything before the LP on Grass was Sandbox stuff. We had to change the name because of another band called Sandbox.

Everything we recorded is on the Sun Sea Sky double CD "How Much is Too Much". I will be trying to get that up on the same blog (MKEPunk) that the other Alligator Gun stuff is on.

You should check out the Compound Red stuff before the DeSoto record it's way better. More Hum less emo.

Dave from Loomis here. Posted the final Loomis recordings. "Tender Meats and Moments" includes all the Bob Weston session and the songs we recorded while we prepared for the 2006 reunion show. It is pay what you will. http://therealloomis.bandcamp.com/album/tender-meats-and-moments