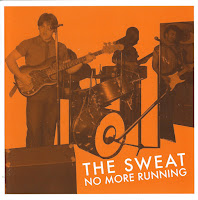 Clive Culbertson was the driving force behind Ireland's The Sweat, but if you don't recognize either of those names you're hardly alone, especially if you find yourself Stateside.  For that matter, given the bent of No More Running's reissue liner notes, you'd get the impression they didn't make a dent in the British Isles either, due to a poor distribution effort on the part of The Sweat's label, Double D.  Furthermore, this is one record that really deserved an entry in John Borack's Top 200 power pop albums roster in the 2007 Shake Some Action book.  No More Running is sincerely that white-hot of a contender, entailing such deftly crafted, melodious salvos as "You Gotta Lotta Nerve," "How Much Longer" and "Isn't Anything Sacred Anymore."  Culbertson's aptitude often borders the same hallowed turf as Shoes, Jesus of Cool-era Nick Lowe, and the Nerves (yes, that Nerves).  When you place this high a premium on hooks the results are bound to be good, and in this case they're veritably off the charts. 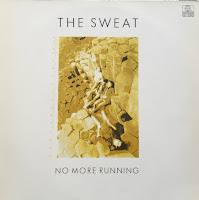 Sonically, the fidelity on No More Running dangles towards the "lo" end of the spectrum, oozing warm, analogue hues that couldn't be replicated in this day and age no matter how much effort was put forth to do so.  In short, this is power pop as it used to be made, and Culbertson happens to be an immensely unheralded practitioner of the medium.  The 2007 reissue on the Japanese 1977 imprint includes seven bonus cuts, including four from Clive's precursor act No Sweat.  Additional material from this era was also committed to tape under his own name, and is available on a separate release that I can hopefully attend to later (and you shouldn't have to wait a whole 'nother year to partake in it).

(The following all recorded by No Sweat)
13. Start All Over Again
14. You Should Be So Lucky
15. Lete Your Love Shine On
16. Ginny Don't Cry

I've had this one for a few years. It's a great one. Thanks for all you do!

Wow, your description makes this a super must-have! Thanks.

Thanks for posting this one! One of the few '1977' reissues missing from my collection (though I do have 2 of the original No Sweat/The Sweat 7"s).

Thanks for all of the Hannukah stuff, really great.

Glad you're enjoying this folks. Quite the zinger.

Whoa! I've been familiar with "Isn't Anything Sacred" and "I Can Hardly Wait" since I encountered the songs in 1993, and was glad to hear more of The Sweat.

Now, this reissue isn't actually the same recording as the original, is it? It is very similar, but—knowing "Isn't Anything Sacred" by heart as I do—I was startled to hear a different, higher note sung for "last DEtail" (approx 0:47), and then only a single tone sung for "you" where I'm accustomed to a three-tone "say to yooooou" (approx 0:56).

Any updates on the Clive Culbertson recordings? It would be amazing to hear those as well. Thanks for all!

Really good stuff. thanks!!! Love your blog! Please keep it up.