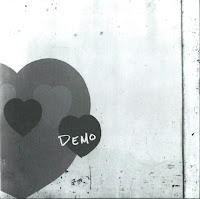 Setting up shop in the mid '90, Beulah were taken under the wing of the Elephant 6 recording label/collective, which in itself gave rise and promotion to a dozen-plus artful, neo-psychedelic artists, most of whom boasted considerable pop tendencies.  With a nucleus of Miles Kurosky and Bill Swan and a somewhat revolving crew of backing accompaniment, Beulah shined on early singles, and especially on their 1997 & 1999 albums, Handsome Western States and When Your Heartstrings Break, respectively, purloining more from modern power pop than the Brit-Invasion hero worship evidenced by much of the other Elephant 6 contingents.

By the time of their fourth and final platter, 2003's Yoko, the band largely separated themselves from that storied enclave and settled into a modus operandi that was more in league with The Shins and Rhett Miller (rough comparisons, be that as they may).  Yoko was commendable, and still manages to make it's way into my car's in-dash, yet some of Beulah's initial charm had clearly diminished.  Issued later that year, Demo, as it's namesake implies, is just that - a set of acoustic prototypes laid down at home, smack dab in Swan's living room.  As you might surmise, the stripped down and considerably sparer incarnations of the album's ten songs are more organic in this setting, and provide an alternate subtext that's often more rewarding than the finished product.  You be the judge.

many thanks for this from Beulah one of my fav band

Is there any way to put this link back up?