Haircut One Hundred - Blue Hat for a Blue Day (1982, unreleased) 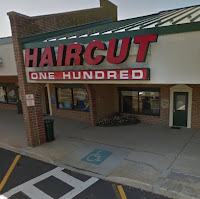 Life is short...so why not indulge in an unreleased Haircut One Hundred album?  Yep, that's exactly what Blue Hat for a Blue Day, the aborted would-be follow-up to the stone cold classiq, Pelican West.  Truth be told, there was an official follow-up to Pelican that saw the light of day in '83 titled Paint and Paint, BUT original and sacred mouthpiece Nick Hayward had no involvement on it.  Nick was present at the mic for Blue Hat..., albeit only on the tunes containing vocals, leading me to believe these were actually demos.  There's less of an emphasis on brass and horns here than on the debut, and Haircut's overall pop acumen is more developed.  Had Blue Hat been fully realized something tells me that Haircut wouldn't have been the one-hit wonder footnote they sadly seem relegated to.  BTW, I don't have the sequence of the tracks, so alphabetical it is.

This is pretty cool and I never knew it existed.

I became a fan of "North of a Miracle" because it received a somewhat positive review in Trouser Press magazine. They compared "Club Boy At Sea" to the late '60s Beach Boys. I didn't know "Friends" or "20/20" at the time, but the combination sounded intriguing. They also reviewed a single or two by the Heyward-less Haircut 100, who I was a lot less interest in.

Still have my vinyl copy of "North Of a Miracle," so it'll be nice to compare the versions here to the ones on there.

Oh wow, what a find. I have an age-old friend who is a HUGE Nick Heyward fan. She is going to plotz when I share this with her. Thanks so much! Christmas comes early in the blogosphere.

Believe it or not, I still need to check out that first Nick Heyward album. I have From Monday to Sunday, and dig it a lot.

Glad to see I've made a Christmas wish come true Pernt. Make a CD-R of it and top it off with a bow. Come springtime it'll also make a fine gift for Dad or grad.

This is an awesome discovery. And I still hold out hope that decent sounding version of the "Nobody's Fool" demo will surface. I still have my flexi 45 (I think it was from Flexipop), and though it's a great song (and better than the one they eventually released, IMO) it does sound about as good as a flexi can sound.

Thank you very much! Love their sound and anything Nick Heyward did afterwards!

Yowsers! An unexpected Xmas present! Can't say I've given the time of day to any of Heyward's post-H100 work, but THIS I'm looking forward to!

Oh, and if you don't have it, Spavid, there's a rather fine Live in NYC '82 show getting around that includes three of these songs (Coming Home, Haley's Heart and I Believe in Sundays) as well as most of the first album. Can upload it to you on slsk if you want. Or did I get it from you on there in the first place? :)

This is great. Thanks for the chance to hear these hidden gems.

Greetings. Would it be possible to put this album available again? Been searching for this rare Haircut One Hundred stuff and it'd be marvelous to give it a listen! Truly appreciated if so. Cheers!