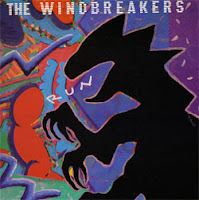 Little Hits was an unrelated music blog that preceded mine, which largely dealt with left-off-the-dial indie rock obscurities circa the 1980s.  It left a substantial impression on me, so much so that I decided to throw my hat in the ring with Wilfully Obscure.  Last month I shared a self-curated compilation of some of the music I absorbed (or more accurately, downloaded) during Little Hits 2005-2009 lifespan.  At the time I promised two more L/H installments, so here goes with the second. 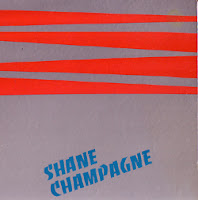 I won't make any bones about it.  This set is heavy-goes-it on the power pop side of the continuum, with juicy morsels courtesy of The Windbreakers, Shane Champagne, The Green, Marbles, and the X-Teens, most of whom I've yet to dedicate space to on my own pages, but by now I really should have.  There's punkier pop offerings from the likes of the Speedies, and Messthetics obscuros the Thin Yoghurts.  The Spliffs and Something Pretty Beautiful have the jangle bases covered, and New Zealand's Th' Dudes aren't far off that mark either, with their timelessly affecting signature tune, "Be Mine Tonight."  The Bird Nest Roys were another Kiwi delight, who should have made just as big a splash as the Chills if you ask me.  The Necessaries were a criminally overlooked New York troupe that I'm giving a little exposure to here (and maybe something more exhaustive in the future).  I'll leave the remainder of this roster strictly to your own interpretations.  For more background on Little Hits, and to experience the first installment in this three-part mini-series, see my original L/H post here. 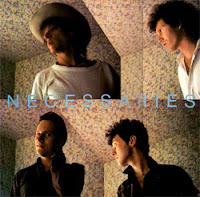 Wow, looking forward to hearing this. One minor point, though--I was working at the college radio station where the guys who did "Gotta Getta Record Out" were practically the house band, and they were always Green, not "The Green".

I can't wait to hear this (although I guess I must while it downloads).

Dave Champagne played at my wedding (with Treat Her Right). No I was not some cool music insider, we knew them from the liquor store where Dave worked regularly, sometimes Jim too.

Point taken Brett. Guess I should have caught that.

Are Shane and Dave one and the same?

great one! i arrived at Little Hits towards the end of it's life, and filled in some great stuff i'd been looking for....and thats what WO keeps doing too, uncovering great stuff....MANY thanks!

Another great comp. "You'll Know What They'll Say" is marvelous.

"Shane" was the other leading light in Shane-Champagne!

Little Hits was brilliant and what got me into the music blog consuming habit (even made a couple guest appearances myself). Good move to salute its influence...