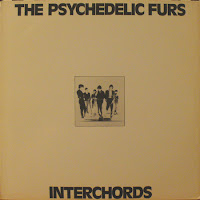 Here's one that's pretty self explanatory (for a change).  This promotional interview record was issued in conjunction with the Furs 1981 Talk Talk Talk album, arguably their creative apex (or damn close to it anyway).  The conversation is conducted with frontman of frontmen Richard Butler, and the saxophone wielding Duncan Kilburn.  The interrogation is regrettably standard fare as far as topical matter is concerned, but hearing someone pick at Richard's brain is a rare treat nonetheless.  This is my first Psychedelic Furs related entry.  I have a few live shows from the Talk era and beyond, but the band has kept a pretty tight lid on studio demos and such, which is what would intrigue me most.  As for this particular record, is there any music intermingled with the interview?  I dunno.  Can't never tell.  On second thought, maybe you can by investigating below.

Love to get a copy of this since you're having difficulties with your new file hosting service. Any other Furs rarities you might have would also be appreciated. Finding MP3's for some rare songs like "****" and "Dash" has been tricky.

PS The blog is sweet!

The link has been updated. I'll see about getting those b-sides...