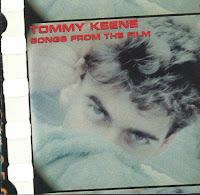 This wasn't what I intended to share with you on Thanksgiving, but considering the number of mentions of him I've doled out on these pages, I'd be remiss if I didn't extend my condolences to his followers, or at the very least acknowledge that Tommy Keene passed away today unexpectedly in his sleep.  In this year/era of premature celebrity deaths, I've nearly become desensitized to the ever mounting and staggering accumulation of losses, but as I'm sure is the case with a great many of you, this one really stings.

Not only did Tommy record and issue an immense amount of spotless, par excellence guitar pop in his own right, his touchstone was wielded like a giant, melodic dragnet upon a myriad of artists that were "captured" subsequent to the start of his solo endeavors in the early '80s.  So many of his acolytes have been praised on Wilfully Obscure it's downright mind boggling. 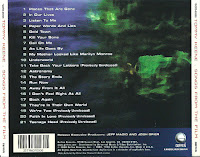 Much, much more can be spoken of Tommy Keene, and no doubt will be, but for toight I will leave you with this reissue of his first proper solo album, Songs From the Film from 1986.  R.I.P. TK.

PS: I will try to attend to any and all broken Tommy Keene download links from earlier posts in the coming days.

One of my all time favorite power pop artists -- from my town of Bethesda, MD. So sad. Anything rare you can share or re-up, much appreciated.

This news floored me. I am very lucky that, after so many times missing his live performances here, I got to see him open for Matthew Sweet over the summer. I've been turning power pop fans onto his body of work for years.

He was never one of the marquee names, but to true fans, he was a headliner.

It's a bad new. Thanks to think to him. His music is always here, fortunately .

One of the classiest guys out there, making the kind of music I loved to love.

TK will be sorely missed. Rest In Peace, Tommy.

Very sorry to hear this. Saw him on a Chicago tour. He played extremely late. He was very cool

I knew him from Maryland days too, when his solo career was taking off. He would sell out the 9:30 club regularly. Nicest Guy ever. It always amazed me that he never gave up his career. I thought his last LPs, Laugh in the Dark, was one of him best. Wrote this review at the Allmusic website for Laugh in the Dark back in May:

Tommy is amazing in that he has not changed his sound or vision since '81, but I would go a step further with this LP. Laugh in the Dark is better produced, with 10 songs that fit together like a puzzle, and stand up to multiple listens at a whole. This is really my favorite Tommy Keene LP - it sounds loud and live. And literate - how many music artists reference Luxembourg (!) in the opening line of the powerful first song, "Out of My Mind" of this set. Last of the Twilight Girls" mixes grand RocknRoll riffs with a wonderful melody, and a true sense of excitement. "All Gone Away" rocks with an extended Dear Prudence-Beatlesque psych solo that nails it. "Go Back Home" even sports some bluesy slide guitar. Unlike some of Keene's later offerings, there is no filler here. The guitars rock hard against the sugary power pop coating. I wonder who his band is here (Velvet Crush maybe?). They are great. I saw Tommy opening solo for Matthew Sweet a couple years ago, and hope he comes to town with a full band (maybe with Velvet Crush and Paul Westerberg returning the favor...), because it would be quite a show. Just like when I saw him repeatedly in DC at the 9:30 Club in the mid-80s.....

Yeah I really did not enjoy reading that news yesterday at all. Such a bummer.

Very sorry to hear - Thanks for posting, I have the LP - bought it after meeting Tommy before a Velvet Crush show around '94. I had no idea who he was but he had several fans there just to see him play guitar for them.

thanks for this.....i was honored to be involved with Tommy designing his cd's for the last 10 years or so, just a wonderful guy.....

Many thanks for posting this. I lost my copy in a move and desperately needed to hear this album again after hearing the news on Thursday. Been spinning it all weekend.

I don't know how much of his catalogue you plan on posting, but he had several releases--notably, 1996's Ten Years After and 2002's The Merry Go-Round Broke Down--that are impossible to find anywhere online these days.

Thanks for your comments folks. His passing is just starting to sink in with me. I'll do my best to share more Tommy Keene recordings in the near future.

Thanks for posting this-this was very sad news and my thoughts are with his family and friends. Any chance you have the live recording/radio broadcast he did with The Rage in College Park, MD? Would love to hear that.

Thank you for posting this. I fell in love with Tommys music just very briefly before he passed and connected with it so quickly that the news really broke my heart. I've got "Songs" on vinyl and am desperately looking for digital versions. Could you please re-upload the album? Thanks

If Tom Petty had recorded "Paper Words and Lies" it would've been a top-20 hit. Criminally underappreciated.