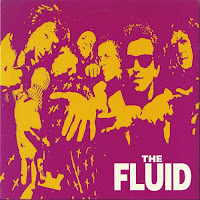 This isn't the first time I've dedicated space to Denver's glam/grunge-meisters The Fluid, but it just might be the last. Here it is folks, everything I have by John Robinson & Co. to date that I haven't already shared (see previous entries for Clear Black Paper, Freak Magnet, Roadmouth, CBP demos).  Growing up in a small rural city in upstate New York in the late '80s/early '90s two band epitomized punk rock to me more than anyone else - the Sex Pistols and the Fluid.  Yes, this was the narrow prism yours truly was gazing through when I was getting schooled on sub-rosa rock.

Though they likely bristled at the "grunge" tag, the Fluid didn't find the flannel so much as the flannel found them.  They fit in like a glove on Sub Pop's nascent roster and parlayed their success there to a major label deal in 1993.  It didn't earn them the notoriety they deserved, but even after running out of fluid twenty years ago their records still pack a staggering wallop. 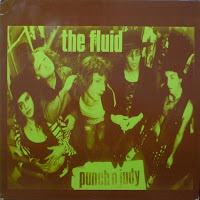 First and foremost is the debut Fluid LP, Punch 'n Judy.  The version I'm presenting here is the import Glitterhouse Records incarnation of the album, ugly-ass sleeve and all.  Punch originally came to life on the band's Rayon imprint in 1986 and bore a much more flattering cover (jpeg is included in the folder). Conveniently my copy came bundled with a press kit, and it would appear that every set of ears with a typewriter made mention of the Fluid's profound affection for the Stooges and New York Dolls.  "Static Cling" is indeed evident of Iggy and pals, while "You" and the trashy camp of "13th Nite" exude various shades of the latter influence.  At one point there was a Fluid website boasting an extensive discography. I recall the notes saying that Punch... was originally slated to be a five or six song demo, but low and behold the band stretched their dollar to cut a bona fide LP.  Above average for a debut, but they had hardly peaked.  The Glitterhouse version contains a different track sequence and a bonus cut ("Graveyard Tramps") not available on the original Rayon pressing. 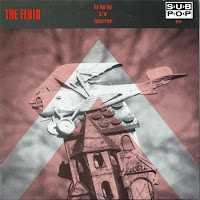 Next up is a live bootleg 7" capturing four songs from a 1988 gig (location unspecified), many of which would appear on the then forthcoming Roadmouth.  This is where the Fluid really started to congeal, with thicker bass guitars, a noticeably more muscular sonic tenor and the introduction of seedy vignettes. splendidly surfacing on the lacerating "Twisted & Pissed," a punk rock slammer that would have done Stiv Bators proud.  Shortly following Roadmouth came 1990's Glue ep, as well as a live split single with Nirvana, but even more enticing than that, a new Fluid single on Sub Pop offering two exclusive songs.  "Tin Top Toy" sports the vibe of earlier Fluid forays like Clear Black Paper, albeit speedier,  One of the most unique songs in the Fluid's oeuvre.  The flipside, "Tomorrow" is a Frantix cover, an earlier Denver hardcore band featuring future Fluid alumni. 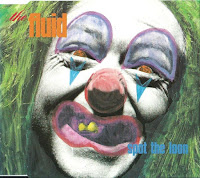 Prior to signing with Hollywood Records in '93, the band pumped out one more indie release, an Australian import ep featuring two new songs, "My Kind" and "Waves," and a pair of outtakes from the Glue sessions.  "My Kind" was re-recorded for the band's first (and final) "big time" LP purplemetalflakemusic.  The early adaptation of the song that appears on Spot the Loon is exponentially meaner and feral than the subsequent LP version.  See kids?  Band change when they sign to a major.  An early take of "Cell" appears here too, along with the two Glue outtakes I mentioned - a more than serviceable run through of "Kick Out the Jams" and an oddball original, "Hey 13."  In conjunction with the release of purple... Hollywood Records furnished radio stations with a promo CD of "Pill," boasting two full fledged outtakes, "Cell," and the crankin' "Waves," which is not to be missed.  That CD is included in this bundle as well.

Finally, we cap things off with a set of ten demos for purplemetalflakemusic!  Now this is what that fourth and final album would have amounted to had it not been sapped of so much of it's strength to suit corporate radio whims.  Everything here is positively bejeweled with more sway, groove, oomph and heart than what was publicly revealed on the shiner and borderline-neutered finished product.  I've only encountered these demos in MP3 form, and sadly, it's pretty obvious this is a cassette rip, but better than nothing.  BTW there are some songs here overlapping with the Spot the Loon and Pill eps.  All in all, an embarrassment of riches for us meager contingent of Fluid fans.

The Fluid reunited for a handful of concerts in the summer of 2008.  Guitarist Rick Kulwicki passed away in February 2011.  For a complete rundown of Fluid releases, head over to Discogs.

THANK YOU!!!! The Fluid has been one of my favorite bands for years, and I was crushed that I did not know about their reunion show a few years ago. Their coheadline in Portland at Satyricon with the Dwarves is on my top five favorite shows of all times.

Thanks a lot for sharing...been looking for the '92 demos for a bit, so this is much appreciated!

holy crap! I didn't even know about some of these releases! Can you reup the demos and singles and EPs?

Ah I missed this. Would love to have this re-upped. Would you happen to have Tin Top Toy in FLAC? Stay rad regardless.

On a real Fluid kick and have never heard the CBP demos or these two CD singles. Re-up? Please? Im dying...