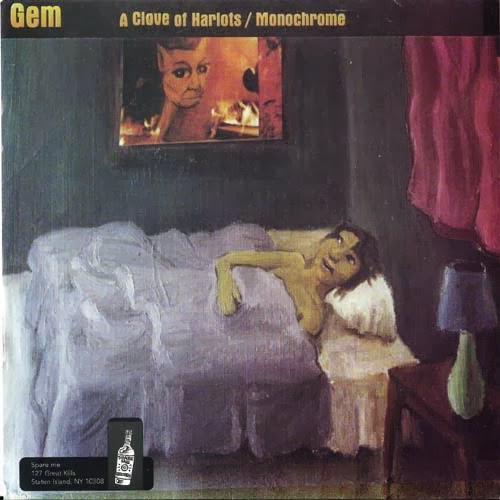 If you've frequented my back pages, you may recall my affinity for Gem, a Cleveland area group fronted by former Death of Samantha/Cobra Verde figurehead Doug Gillard (who would eventually pair up with Robert Pollard in Guided By Voices for a spell).  I thought their two albums, the I Am a Tree ep, and a couple of singles comprised the sum total of their discography, but a couple years ago I learned I was pleasantly mistaken, when this rather arcane split single from '97 made a blip on my radar.  "A Clove of Harlots" is as rich and melodically resonant as anything on Gem's superlative Hexed album (which btw you need to investigate, even if the remainder of Gillard's pedigree doesn't compel you).  Sheer indie rock manna from heaven.  Unfortunately, I can't intone the same about the other Gem cut here, "Monochrome," a benign but unmemorable instrumental. 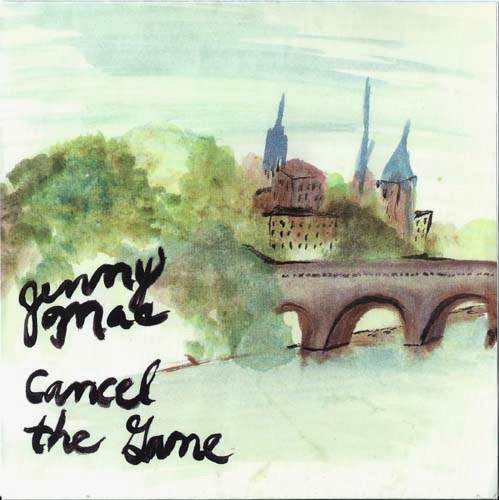 Singer/songwriter Jenny Mae (Leffel) hails from the same neck of the woods, and like Gem, she shares a connection with GBV, courtesy of a 1993 split single.  I haven't been exposed to much more of her material beyond the singles, but I really enjoy the two ballad-esque pieces on her side of this disk, especially the stark, organ-laden concluding track that vastly contradicts it's frivolous title.

Wow, cool. I didn't know that existed either. Have all of their albums and I Am A Tree 12" too. Very underrated band! Thanks for sharing this.

Thanks for correcting me Ana.

Still need to get that compilation!