Life before Nada Surf - The Cost of Living & Fancipantz 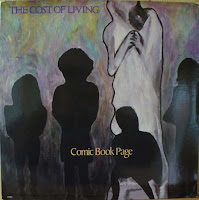 Howdy. I'm afraid I don't have much time at the moment to ramble on at length, but I thought this post would be a treat for Nada Surf fans, as well as connoisseurs of late-80s college radio. That's right, before NS, frontman Mathew Caws stewed his creative juices in an outfit dubbed The Cost of Living. They were undeniably pedestrian in comparison to the empathetic and sonically gratifying Nada Surf (going on almost 15 years now), but C.O.L. are still worthy of merit, particularly their parting bow, Comic Book Page. Lots of sweet, jangle-rock bliss, if a bit straightforward. Just don't approach these disks as likely precursors to High/Low and The Proximity Effect, and you'll be surprisingly rewarded. 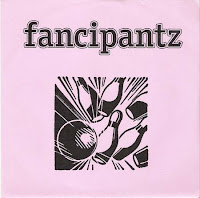 Fancipantz were a one-off single project involving Caws, and Rachel Blumberg, who many years later would surface in the Decemberists and The Minders. The A-side, "Dispossession," would later be revived as a Nada Surf cut on the aforementioned Proximity Effect. In fact, the variations here are practically negligible. The b-side, "Bed" was contributed by co-band member Nicholas Columbo, and has little or no relevance to most of us.


Will try to get some tracklists going tomorrow. Enjoy

Really cool post. I'm a fan of Nada surf myself and i have to admit that i enjoy more, the first raw-er days of their career. Nice blog you got there. There were some really cool bands that i discovered through wilfully obscure such as the nils, pedaljets & nice strong arm. Anything sebadoh-like would be great! thanx man, keep on posting:)

Yeah, tracklistings would be super-duper. Thanks so much for posting these. Just stumbled in here, and these are total gems. Thanks again, so much.

this is post is really old but holy crap how did you find our single? there is a good story behind it.

I didn't realize the single was hard to find. After I got the pink single by mail order, I found the blue single at Parasol Records in Urbana, Illinois. I'd love to know the story behind it.

So many thanks to you, this is priceless! I'm really grateful, & it's so amazing the links still work too :)

So many thanks to you, this is priceless! I'm really grateful, & it's so amazing the links still work too :)

Any chance of re-uploading fancipantz?
I lost my bakcup with this fine gem. Thanks

Culd you please re-up the Cost of Living's albums?