Reviews you can use - Posies Amazing Disgrace deluxe reissue, plus new Bill Lloyd and Hot Nun. 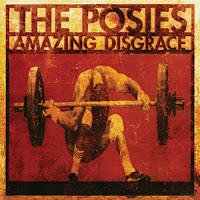 Originally seeing the light of day in 1995, Amazing Disgrace is the latest in Omnivore's expanded reissue series of the Posies early catalog.  It's gotten the reputation of being a particularly 'difficult' album, if only for the band themselves.  Lacking the comparatively quaint romantic naivety and niceties of their first two installments, Failure and Dear 23, and even to a certain extent the pop braininess infiltrating their breakthrough Frosting on the Beater, Disgrace added more than a modicum of musculature to the mix, albeit not gratuitously.  But how exactly did, that extra oomph and heaviness factor in to the Posies fourth record?  Some speculated that Jon Auer and Ken Stringfellow were pressured to compete with the Soundgardens of the world, but if that were the case Bellingham, WA's finest wouldn't have drizzled "Hate Song" and "Song #1" with so much melody one would think their very lives depended on it.  In fact, 'downcast' or even 'fraught" might be the more apropos nomenclatures to attach to Disgrace, then say, 'outraged' or 'cumbersome.'  Truth was, going into the project the Posies dual architects were beginning to feel jaded by the mechanisms of the major label politics they were now keenly a party to on Geffen Records.  There had also been significant infighting that ultimately brought the departure of the band's longtime rhythm section, Mike Musburger and Dave Fox.

Make no mistake, the boys cut and angsty, amped-out swath over the course of Disgrace like no record of theirs before or since.  Yet even songs with pointedly bitter titles as "Everybody is a Fucking Liar," and "Daily Mutilation," can still ooze barrels of saccharine and stay etched in your short term memory for days.  "Fight It (If You Want It)," "Please Return It" and the boppy power-pop reprieve of "Ontario" are worth their weight in hook-addled gold, even in spite of the Posies having seemingly ditched their affection for Big Star - at least on this album anyway.  And I'd be remiss if I failed to say a few words about "Grant Hart," the Ken Stringfellow penned tribute to then-alive and well Husker Du drummer/songsmith.  In addition to the clever, spot-on plaudits, the Posies really nail the aforementioned trio's singular aesthetic, veritably mimicking the Husker's Zen Arcade-era guitar sprawl, rendering the song just as much an homage to co-conspirator Bob Mould as Hart.

The original incarnation of Amazing Disgrace numbered a relatively generous fourteen tracks, but the addition of 22 supplemental numbers on Omnivore's reboot reeks of joyous overkill.  A plethora of the bonus cuts are demos that overlap with the now out of print At Least At Last Posies rarities box, but there's a total of nine songs exclusive to this reissue.  As was the case with the demos that cropped up on the expanded versions of Dear 23 and Frosting on the Beater, the early sketches of soon-to-be-Posies classics are stunning and damn near revelatory in themselves.  And you get most of A/D's attendant b-sides, including album worthy stunners "Sad to be Aware," "Limitless Expressions," as well as preview of "Every Bitter Drop" which would appear on the band's subsequent Success album.  The CD version of Amazing Disgrace is available now thru Omnivore and Amazon, with the vinyl set to drop mid-December. 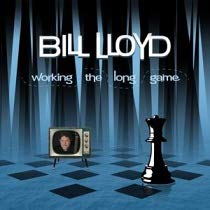 You may know him from the bygone country duo Foster and Lloyd, but I know Bill Lloyd from his more pop-centric solo endeavors like Feeling the Elephant and Set to Pop circa the late '80s and into the Clinton-era.  I would have surmised that he totally dropped off the radar, but in fact he's still mining that plaintive guitar pop muse of his, and has a new record, Working the Long Game to show for it.  Most notably it features songwriting collaborations with the likes of Tom Peterson (yes the Cheap Trick alum). Freedy Johnston and even 10cc's Graham Gouldman.  These pairings don't always make for songs that are as captivating as they might appear on paper, yet the further you burrow into Long Game, things begin to catch fire especially when you hit the second half.  You get the notion that Lloyd might be leaning his ears into recent Teenage Fanclub not to mention Wilco circa Summerteeth.  Not a bad place for one's creative juices to being stewing.  Best of all, if you dig the vibe here, Lloyd hasn't been so invisible of late at all, having released a covers record, Lloydering, just two years ago that you can check out as well.  As for Working the Long Game, it's available straight from Spyderpop Records, Amazon, CD Baby and iTunes.

Hot Nun.  The name conjures up images of an over-clothed old bitty standing adjacent to a cactus in Death Valley or Bakersfield, or something.  In reality, it's the side-hustle of one Jeff Shelton, who you may know from the more renown Well Wishers, and formally. Spinning Jennies.  Even more so than Hot Nun's 2013 debut, his latest, a bruising but cruising half dozen tunes, Born to Blaze, splatters even more gasoline on the inferno in question, with careening doses of unremitting power chords.  Think power-pop with barreling riffs a la Judas Priest on the introductory "Livin a Dirty Mind," and how 'bout a bona fide hardcore punk outburst in the guise of "It's Just Right?"  Blaze is more aggro than just about anything in Shelton's arsenal to date, just don't expect anything quite in the mold of Motorhead or Maiden.  Let the flames lick ya over at CD Baby, Bandcamp and Amazon. PS: As a bonus, Hot Nun recently posted a primo Black Sabbath cover on Soundcloud.
Posted by spavid at 8:59 PM