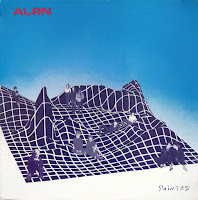 I had a request for these two records that was simply too good to refuse, even if I don't possess physical copies of either.  If you have any awareness whatsoever as to what Alternate Learning (ALRN for short) were about, you likely know they were the predecessor to the late Scott Miller's more renown mid-80s combo, Game Theory.  I'm not privy to the impetus of the band's moniker, but it's safe to say that if you wish to have "alternate facts" it's only logical that "alternate learning" has to come first, no?  And speaking of all things logical, their 1981 full length Painted Windows was a fittingly stylistic precursor to the first GT wax, Blaze of Glory.  Stunning, inspired slices of vaguely skewed collegiate juvenilia entailing the likes of "The New You" and "Beach State Rocking" make Painted... almost as rewarding an any given Theory offering.  You'll no doubt suss out a more pronounced emphasis on synthesizers cropping up on ALRN tunes stacked up to GT, but in terms of song arrangements, Miller's formula was baked into the cake when this dandy little LP was gestated way back when. 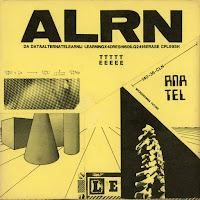 The four song ALRN ep was dropped two years prior to Painted Windows, wielding a considerably more nascent, not to mention lo-fi approach.  An adolescent surge of punky guitars propels "What's the Matter" in a manner that Miller never pursued in Game Theory, but even this early in the game (pun partially intended) "When She's Alone" foreshadows his burgeoning pop acumen, and is in all ways a keeper.  Certain copies of this 7" ep were accompanied with a spate of colorful inserts.

Special thanks to whomever ripped these scarce slabs of wax and provided the artwork. The 2014 reissue of the aforementioned debut Game Theory LP, Blaze of Glory includes a total of four songs from both ALRN records as bonus material in sterling CD quality.  Don't cheat yourself, treat yourself here.

Thank you so, so much!