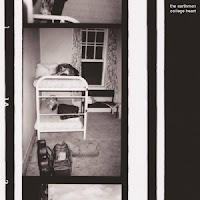 If you live in the States (or neighboring countries) and have never encountered The Earthmen you're more than forgiven.  For one, they hailed from Melbourne, Australia.  Secondly, only one Earthmen full length saw the light of day in North America, namely '93s Teen Sensations.   Initially released as an ep in Oz, The US incarnation of Teen Sensations was fleshed out with songs taken from several 1992 singles, including "Flyby" which I featured last year.  The album had an even greater distinction when it took root in the western hemisphere - the backing of a major label.  As a signee to Seed Records in the States, the Earthmen had the marketing muscle of WEA behind them, or so they had hoped.  Like dozens and dozens of commercially viable "indie" acts scooped up by the "big five" in the wake of Nirvana's viral success, the public gave the quintet short shrift, yet those who were fortunate to make their acquaintance with Teen Sensations invariably craved more.  Fortunately there was more, albeit the vast majority of it was confined well south of the Equator.  Cherry-picking liberally from the Earthmen's subsequent The Fall and Rise of My Favorite Sixties Girl ep in 1994, and their 1997 swan song, Love Walked In, the recently minted compilation College Heart largely picks up where Sensations left off.

Two cuts deep into this retrospective is one of the band's signature pieces, the title track from the aforementioned Fall and Rise ep. Imagine if you will three densely packed minutes of
dizzying guitar squalls coupled with a pulverizing hook, all tucked inside a frantic delivery system – and you still won’t get half the idea of what I’m extolling until you experience it firsthand.  Yes, that good.  "The Fall and Rise..." was so effective I'm not sure if the guys were able to top it, though the driving "First Single" and "Figure 8" weren't far off.

The Earthmen subscribed to the '90s alt-rock trend du jour as much as anyone, but you wouldn't find any grunge tread on their collective tires.  In fact, they weren't an eccentric bunch in the least, nor were their records particularly challenging.  They went the long way around the block and actually hunkered down and wrote songs with no discernible flash or frivolity.  For every assertive rocker (e.g. "The Fall and Rise...") there was at least one ballad to counter it, and they weren't afraid to bring in a string section when suitable.  Sometimes hushed and introspective ("Tell the Women We're Going"), sometimes polished ("Arms Reach"), and even haunting ("Kathleen"), the Earthmen's slower forays were invariably sincere and bittersweet.

Two years after the well received Love Walked In, the Earthmen bid adieu in front of a hometown Melbourne crowd in December 1999.  Some seventeen years later however, the band's epilogue was about to be rewritten.  To put the icing on College Heart's cake, the group reconvened to record four new songs for the compilation and are slated for select live dates later this year.  The spry, power-pop tinged "Personal History" and "Find Your Own Way" (a la recent Posies) make a strong case for the Earthmen to have a whole 'nother go at it.

You can draw your own conclusions by taking College Heart for a spin (and hopefully a purchase) over at Popboomerang's Bandcamp page.  Amazon and CD Baby have you covered as well.
Posted by spavid at 7:24 PM