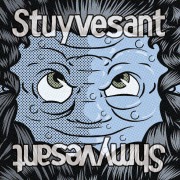 Stuyvesant in a nutshell: four dudes from the tri-state area (happy blizzard everyone) who are well past the threshold of adolescence, yet discernibly premature for a midlife crisis, weaned on a steady diet of All, Big Drill Car and Weston I might add.  My kind of band, and their 2011 platter Fret Sounds was my kind of album, providing ample evidence that there was still some sincerity and creative moxie left in the often nebulous and watered down punk/pop realm.  No, they don't play a million miles an hour, nor are they vying for a spot on the Warped Tour midway, rather this quartet play it considerably more suave, packing harmonies and deft playing into Shymvesant's most immediate and indelible melodic-core numbers, "Hellbent for Heather," "Baby Bear" and "Until You Come Around."  Like most of their contemporaries (and for that matter their aforementioned inspirations) Stuyvesant can't keep things at a relentlessly rolling, three-chord boil.  The strikingly spare keyboard-accompanied ballad "Grant's Tomb" is a veritable soliloquy, while the inclusion of saxophones of "Alright" and "3 AM" might have established Stuyvesant clientele doing a double take.  Those anomalies aside Shymvesant proves that these guys didn't necessarily peak on Fret Sounds, and that their best work may lie ahead of them.  Get Shymvesant straight from the source at Sugarblast Records, or on Bandcamp or iTunes. 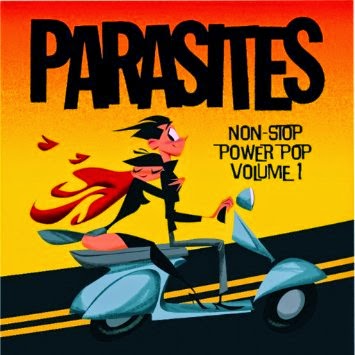 My next critique is a title that's a little less recent.  You see, it usually doesn't take much to sell me on a new Parasites album.  Heck, I've been a committed acolyte to Dave Parasite and his revolving lineup since 1993 when I discovered the mind-warpingly great Punch Lines album. So about twenty years on when I learned that Non-Stop Power Pop was coming down the pike I decided to sit it out.  Why?  It was billed as a covers album, and quite frankly I wasn't in the right frame of mind for a nostalgia trip, especially back to the '60s for a bunch of tunes I wasn't the least bit acquainted with.  As is often the case, a good sale price will eventually get me through door, and being the Parasites completist that I am I finally relented late last year.

Fact: Dave Parasite is a gonzo Beatles fanatic.  So much so that after he finished filling out his Fab Four collection, he investigated a number of Beatles protege/copycat outfits from the same era, forking out untold gobs of money for obscuro import 45s and such issued by a myriad of bands the world over.  Not counting the Zombies and Hollies, the remaining bands paid homage to on Non-Stop... were light years beyond the notoriety of the famed troupe from Liverpool they so desperately attempted to emulate.  Do monikers like The Haigs, Firebeats and Just Four Men ring a bell?  Didn't think so.  The selections here may be deep cuts to the say the least, but the Parasites know how to take relatively innocuous tunes and turn them on their head, and finish 'em off with a swift kick in the keister.  Dave's "spin cycle" is a dizzying one at that, pile-driving a bevy of Beatles-wannabe hooks home with concussive force, truly putting the power in Power Pop.  This turned out to be a far more dazzling proposition that I ever expected.  You can secure a copy for yourself over at Interpunk, Amazon, and iTunes.

The link that follows features one song apiece from Stuyvesant and the Parasites.

Stuyvesant - Silent Treatment
Parasites - Things Will Never be the Same