New noise: Paper Waves - Give Me the Moonlight and Present Tense - Nothing So Far. 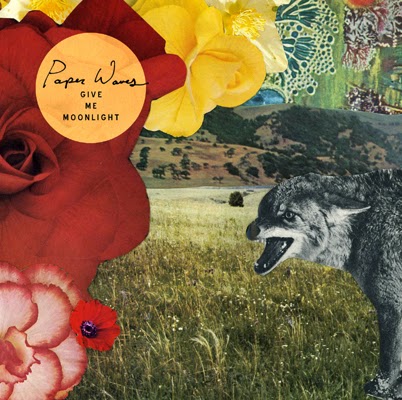 Picking up roughly where his last project, Wire Sparrows left off, former Braves frontman Joe Reina has bestowed not only a new album, but a new endeavor Paper Waves, a quartet who also boast another Braves alum, drummer Jesse Carmona.  That aforementioned Rockford, IL combo that I've doled out so much praise to over the years were responsible for three stellar albums throughout the '00s, including the particularly riveting 2004 sophomore stunner Love & Mercy.  Since then Reina has donned the head honcho hat for three subsequent combos, The Bernadettes, Wire Sparrows and now Paper Waves.

Though less spontaneous and wrenching than "Los Bravos," this trifecta has evoked an emotional charge that's equally parallel, albeit in a lucid and more measured framework.  Paper Waves debut, Give Me the Moonlight is a heartfelt surge of unpretentious indie rock, that at it's apex manages to balance the contemplative with the cathartic, ably evidenced on the strident "Some New Hand of God" and "The Careless Lifestyles," both equipped with hooks worthy of severing a limb for.  The most discernible moment of tenderness here arrives in the guise of "Waking Up Birds" a wholly sincere tear-jerker, originally composed and performed by Reina's second-to-last project, The Bernadettes.  I would be remiss if I failed to point out that the Paper Waves roster also features one Marcus Spitzmiller, a gentleman who featured prominently in the lineup of bygone local yokels God's Reflex.  Spitzmiller has a knack for jazzy guitar progressions, quite tasty ones at that, spicing up many a nook and cranny on this disk.  In fact, Give Me the Moonlight is pretty delicious in itself, whether consumed in one song snacks or as a full course, thirty-odd minute meal.  You can hear and purchase it yourself over yonder at Bandcamp or iTunes. 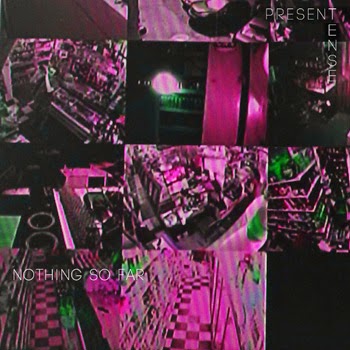 That brings us to our next subject, Present Tense, who I'm informed contain alumni from an unheralded New York left-off-the-dial aggregation called Sunday Puncher.  I really enjoyed that band's '90s full-length propositions, For Your Everchanging World and The Livid Eye, not to mention a 45 of theirs I put up several moons ago.  To my recollection SP were going more for the noise/distortion thing, whereas Present Tense seem to skew more towards the avant, and dare I say disquieting.  Nothing So Far their premiere effort, is an unpredictable melange of bendy riffs, undulating rhythms, asymmetrical keyboard maneuvers and often deadpan vocals.  Dissonant post-punk riptides prevail amidst PT's dense, sonic currents with brief forays into coldwave ("Our Largesse") and occasionally into something resembling a pop tune ("It's Visual").  There's a lot to dissect on any given tune in Nothing's... complex, shape-shifting arsenal, but if the likes of Mission of Burma, Rollerskate Skinny, recent Wire, and solo Robert Pollard tend to persuade you look Present Tense up on Bandcamp, and perhaps a record rack near you down the road.
Posted by spavid at 7:41 PM