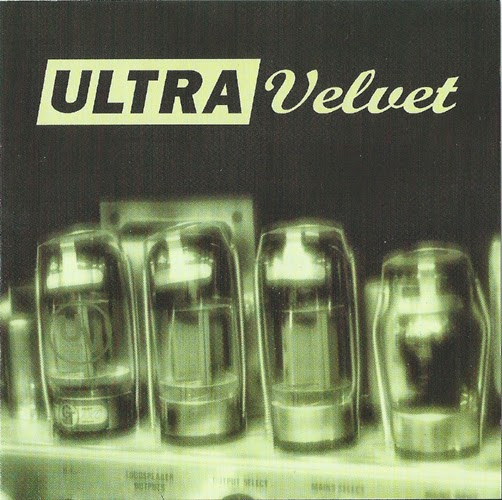 Oddly enough, I don't have much recollection of how this one slipped into my trove of CDs - a college radio station giveaway perhaps, or maybe a bargain bin find?  Anyway, I usually don't delve into mainstram-ish '90s alt-rock on these pages, but I'll make an exception for this three-piece suit hailing from Lafayette, CA, if only for the fact that Ultra Velvet weren't really mainstream at all.  Automat was ostensibly self-released and under-promoted, but was nonetheless polished and presentable enough to fit in among the ranks of higher profile aggregations of the time like Dishwalla and Gloritone.  Nice crunchy riff pop, with the most affecting hooks surfacing in "Weldon Kees" and "40 Sec. Pop Song," the latter of which actually clocks in at a hair over a minute, and in a more perfect world would have been quadrupled in length.  "Male Ching" blatantly plagiarizes the riff in David Bowie's "Queen Bitch," but ultimately ends up sounding more like Nirvana.  Not that I'm complaining.  The venerable Internet Underground Music Archive is hosting five Ultra Velvet tracks that presumably predate Automat.