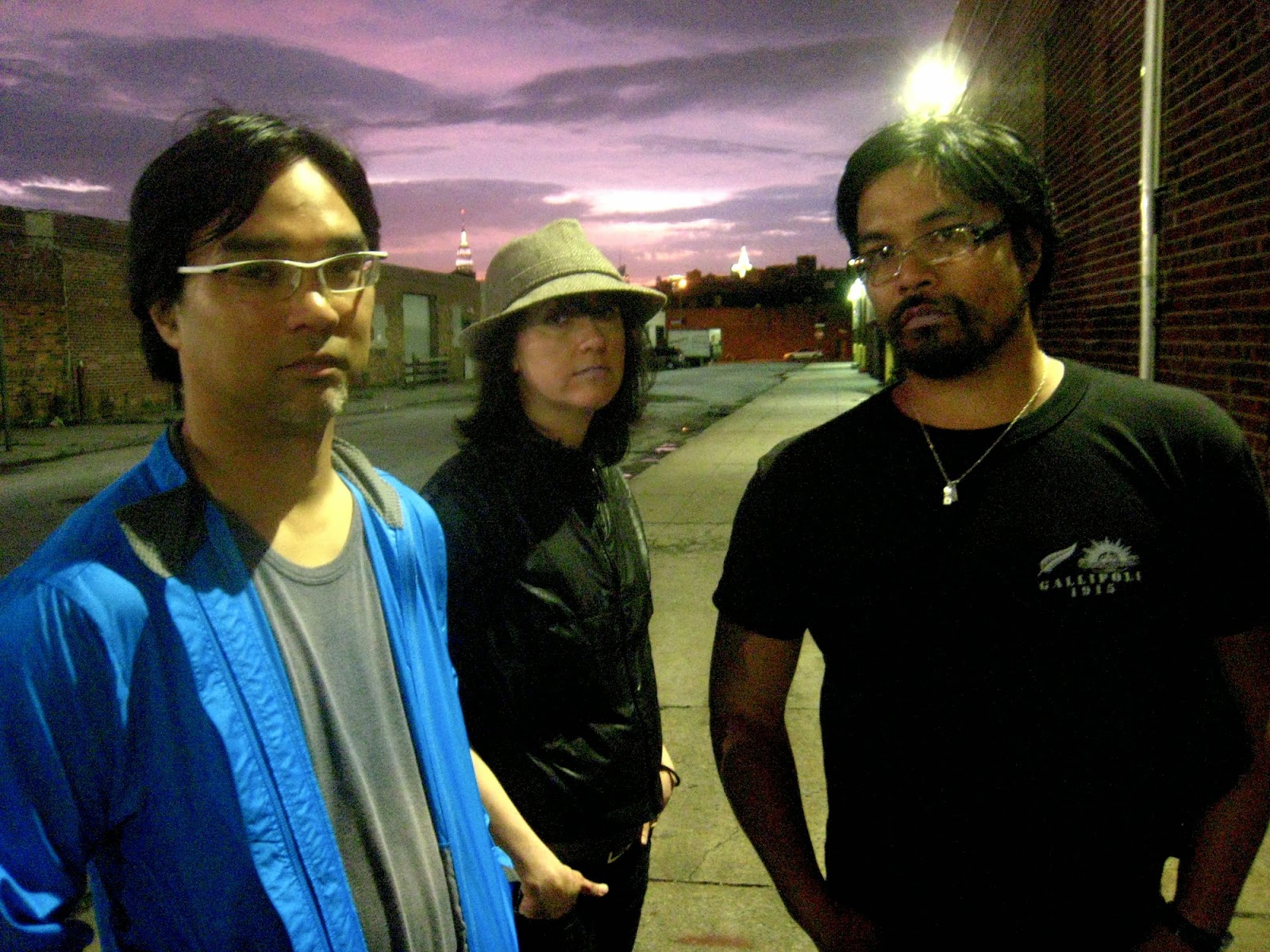 One of the first titles I featured on Wilfully Obscure way back in 2007 was the long out of print, 1993 debut EP by Versus, a New York band whose slightly dissonant yet characteristically tuneful songs embodied all that was endearing about indie rock in the Clinton-era.  I could go on and on, about the sinewy guitar theatrics, pensive lyrics, and mid-fi moxie of Versus' initially volley of singles and full lengths, but I'll spare you.  If you can relate to what I'm attesting to, and you have an affinity for the aforementioned Let's Electrify! and/or their early 45s (compiled on Dead Leaves) then this collection of nascent, and more significantly, unreleased demos is something of a no-brainer.

Ostensibly recorded when the band was still a trio (brothers Richard and Ed Baluyut alongside Fontaine Toups) these sixteen songs zoom in on Versus as they were just settling into what would become their signature sound.  Most of these tracks failed to carry over to any commercial release, and by and large that was a smart decision.  Why?  While this is a decent enough listen (especially from a diehard's perspective) Versus' best work was still a few years in the offing.  Though fleeting, we catch a few glimpses into their halcyon era by way of early versions of "Blade of Grass" and "Reveille."  Per the tracklist below, you'll notice most of the selections are untitled, and unfortunately I'm not privy to what they are, but if anyone sitting at home wants to fill me in, by all means leave a comment.  Enjoy.  BTW, I also shared an ep by Ed Baluyut's pre-Versus outfit, Flower which you can dig into here.

What about "Two Cents Plus Tax?"

Hmm I thought you might have that album by them

Pretty sure track 4 is Lost Time

Thanks wllmtwd. As for "Two Cents," it might be on iTunes.

Looks as if Teenbeat records plans to release this in some form at some point as it is in their release schedule . Teenbeat 502
http://www.teenbeatrecords.com/numbers/500to549.html

Looks as if Teenbeat records plans to release this in some form at some point as it is in their release schedule . Teenbeat 502
http://www.teenbeatrecords.com/numbers/500to549.html

Is it possible to re-up? I missed this post and I am a big Versus fan

Don't know how i missed this! Any chance of reuppage?