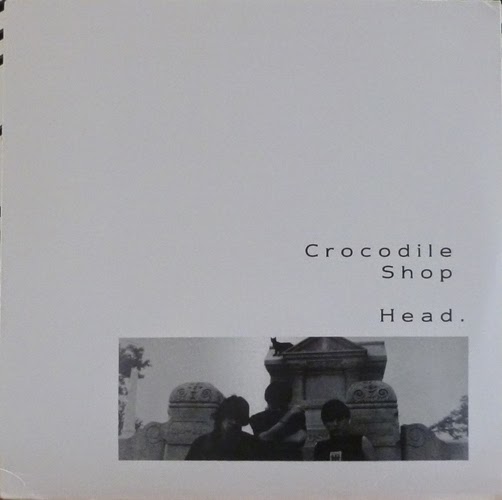 Crocodile Shop underwent an unbelievable and IMO, unfortunate metamorphosis not long after this extremely promising ep was released.  A brief synopsis can be read on their Wiki page, but I prefer to speak only to their Head ep, issued on the Minneapolis-based Susstones Records.   Head's five numbers were a synthesis of what Game Theory and Let's Active had served up just a few years beforehand, albeit Crocodile Shop slightly retooled that winsome formula with a tad more aggression.  In fact, this (mostly) excellent disk could've easily passed for a Mitch Easter production.  For the record, the band later disavowed it.  I should add the last two songs, "Think of Things" and "Eyes Getting Louder," merge right into each other.  I did my best at editing the transition, strictly by personal estimation.  Hope you like.

Interesting. I'll check it out. Thank you.

Thank You. I'm actually a pretty big fan of their mid-career/EBM work. Very interested in giving this EP a try.

That record received some decent airplay on WRSU radio (Rutgers University) in the 1980s when I was a HS student living nearby.

Surprisingly good! Love the endless psychedelic guitar wig-out of the last track. The band disowned this?!

Surprisingly good! Love the endless psychedelic guitar wig-out of the last track. The band disowned this?!

April Reigns is the hit off this. I have put it on mix tapes for people. Great post.

great blog! any possibility of re-upping this? have been looking unsuccessfully for this for a while. cheers, Jim