Tribeca - Incident at the Metropolis (2006, Granada) 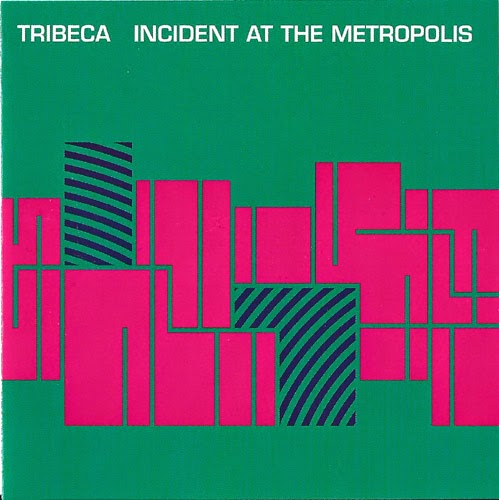 Until I have a chance to rip some more wax, I thought I'd share this with you.  A little bit off the beaten path for W/O, Tribeca were a one-LP wonder who made their debut (and to my chagrin) their departure with Incident at the Metropolis in 2006.  Challenging orchestral pop with some downright sublime moments.  Check out my critique for a venerable indie rock publication, contemporary to Incident's release below.

Tribaca’s debut, Incident at the Metropolis is not only one of the swankiest and most well manicured pop albums to come down the pike in a dog’s age, it’s also one of the most curiously enjoyable as well.  I say “curiously” in the most charitable sense possible, in that an initial listen to pretty much anything here is likely to conjure up instant comparisons to ‘70s/’80s soft-pop.  I suppose it doesn’t help dodging that comparison when you commence your album with a pair of tracks that smack distinctly of Gaucho-era Steely Dan.  There’s no debating it.  The better half of Incident basks in a sheik, cocktail lounge-endowed glow, but with posh arrangements a la orch-popsters The Heavy Blinkers, and some occasional Rundgren-esque inclinations, this L.A. quartet, whom would likely have been passed off as merely “conventional,” say 20 years ago, is anything but – so long as you’re willing to invest the time to let these nine sumptuous songs sink in.

PS:  I'm also tacking on three demos that were offered on the band's now defunct website.

No comments? No fair. This is a fine, fine recording. Thank you for letting me hear it.

Wow, thanks a million for this!