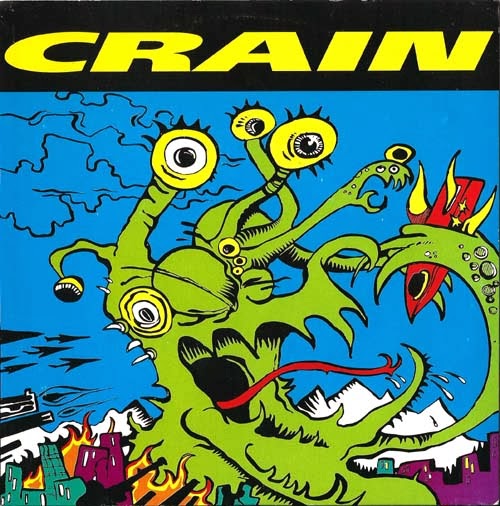 Crain weren't unlike many of their Louisville, KY contemporaries when it came to raising an unholy raucous, however they weren't content with delving into the math rock thing, which to large extent put their hometown on the map in the early '90s.  They brought plenty of technical finesse to the proceedings, but the emphasis for this crew was on primal rancor, of which they looked to the Touch & Go/Amphetamine Reptile contingents for copious inspiration.  Also resembling the frantic outbursts of Drive Like Jehu, faint melodic glints managed to pierce through Crain’s overarching sonic schisms.  Shortly after this 45 dropped so did a new full length, Heater, which was cut from the same breathless cloth.  Preceding both of these was their 1992 debut, Speed, which was re-released in 2005 via Temporary Residence.  Crain bassist Jon Cook (and also of Rodan) passed away last year.