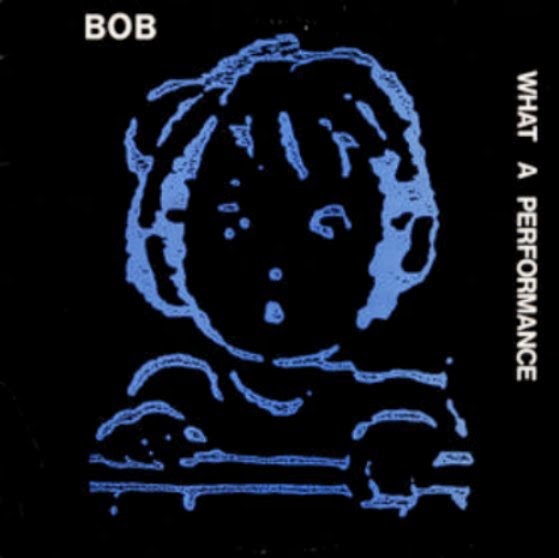 In reference to the title, quite.  Perhaps choosing such a ubiquitous moniker hampered BOB's efforts to make a name for themselves (pun somewhat intended) in the fertile UK indie heyday of the late '80s.  After all, they were a band, not an individual.  Alas, BOB were a year late with What a Performance for placement on the coveted, genre-inducing C86 cassette compilation, yet they exhibited a similar fey, bouncy lilt that scenesters the Bodines and June Brides had made their calling card.  The title track and the tweaked reprise of it, "Worra Performance" is a fantastic slice of homegrown, post-Marrissey indie-pop, fleshed out with some unobtrusive horns about halfway in.  BOB hit the perfect balance wherever the needle falls here, and it's little wonder why they were so championed by John Peel.

Incidentally their 1991 LP, Leave the Straight Life Behind has been reissued and greatly expanded.  Details here or at Amazon.

Thanks for this one. Indeed what a performance. A good band they were. Going to get that reissue soon...