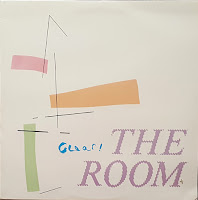 Liverpool's The Room had a bit of a cult hit early in their career, with what would become their signature song 1982's "Things Have Learnt To Walk That Ought To Crawl."  The tune in question melded tense post-punk (a la the Soft Boys) with an irresistible chorus hook, and was in all regards a classic.  An album, Indoor Fireworks followed the same year, but by '83 The Room had briefly made the jump to Virgin Records for the Clear ep, originally released on the indie imprint Red Flame.  Adopting a more polished modus operandi the record sports the band's development - if not a mainstream hit-factory, at the very least significantly more focused, in league with the likes of Spandau Ballet and pre-stardom Simple Minds.  Granted, said sonic aptitude was downright common in this era, but the quintet still boasted some bona fide edginess in the guise of the buoyant, keyboard propelled "Ringing," and the chillier "At the Beach."

P.S.  Does anyone have a rip of The Room's Bitter Reaction tape?