Catching up with Saint Marie Records - Amusment Parks on Fire, Miniatures, and more.

There aren't many record labels I follow, much less one whose entire roster is at the very least acquaintance-worthy (if not always fanboy-worthy).  Saint Marie Records is one of those rare exceptions for me, much like Sub Pop and Matador were in the '90s, however S/M's focus is on dream-pop, both present and past.  Here's a roundup of some of their latest - and quite possibly greatest. 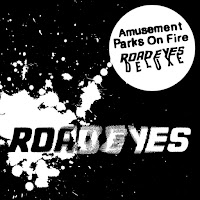 Amusement Parks on Fire have been one of my go-to bands since I caught wind of their debut in the mid '00s.  Based in Nottingham, England they just so happened to bear a resemblance to their London neighbors to the south, My Vitriol.  Both groups employed heaps of effects and amps, but APOF drew more from the shoegazer side of the noisome spectrum (think Swervedriver meets Loveless), and better yet released three glorious records and about a half dozen eps between their initial 2004-10 lifespan.  Fronted by Michael Feerick, it seemed the Parks never lived a moment when they're weren't excelling, even if it fell like they were literally the best kept secret in music.

Their third album, Road Eyes appeared in 2010 and was as incomprehensibly good as their previous
offerings.  Eyes was a near-concussive sprawl of amped-out riffs, wily dynamics and sweet penetrating hooks, packing just enough woozy shoegaze aplomb to distinguish themselves from...well, anybody, when you come right down to it. You could say APOF were equal parts cumulus clouds and freshly laid asphalt, sparking a visceral but grounded rush to whomever was in earshot.  "Flashlight Planetarium," "Echo Park" and the title piece were plenty blissful, but engulfingly cinematic in scope to boot.  Frankly, it all felt a little too good to be true - and in reality it sorta was, because in the wake of Road Eyes they disbanded.

In 2017, APOF reconvened and before the year was out, so was a new single, "Our Goal to Realize," virtually picking up right were they'd left things on Road Eyes, in a gauzy haze of feedback and melody.  In addition, to the new 45, Saint Marie just issued an expanded version of Road Eyes, exactly doubling it in length with a whole 'nother nine-song LP consisting of b-sides, demos and unreleased scree.  It's available in modest quantities on black and splatter colored vinyl directly from the label.  You can also get your digital fix there, or if you prefer Bandcamp or iTunes. 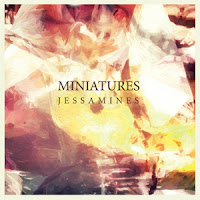 By Jove, it’s as if I’ve located Cocteau’s…Twin!  And it only took 35 years.  In all seriousness, New Zealand by way of Australia's  Miniatures are wholly unrelated to Elizabeth Fraser, et al, but they exude so much of the sonic dazzlement their forbearers made their calling card, it’s hard to underemphasize the comparison.   In spite of everything they cull from the not-too-distant past, Miniatures gracefully tuck in their own billowy endowments.  Their debut, Jessamines, is dream pop in the most epitomizing sense of the term, spilling out an engulfing glaze of chiming chords, and Annemarie Duff’s ethereal vocal prowess.  It’s reverie-inducing stuff for sure, and if you’re anything like me you’ll gladly forgive them for employing that relentless drum machine.  Jessamines is in fact not just one of the ten best nu-gaze albums of 2017, but perhaps the decade itself.  A must, must listen, and you can do so straight from Saint Marie, Bandcamp, and the usual digital vendors. 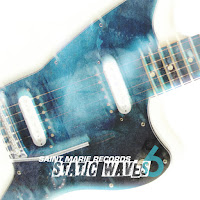 Last but not least we have the sixth installment in the Saint Marie's Static Waves compilation series, a double disk CD that serves not only as a label sampler, but a treat for dedicated supporters can hear a spate of previously unreleased goodies.  The aforementioned Parks and Miniatures make a showing, as well as primo stablemates Presents for Sally, Snow in Mexico, Bloody Knives, Secret Shine and Spotlight Kid, but the gravy for me was a really cool volley of remakes.  We Need Secrets take on the Lily's early nugget "Claire Hates Me," Crash City Saints do a splendid job with OMD's "Souvenir," and a subdued interpretation of New Order's "Regret" is handled by Lotte Kestner.  And if you want some icing atop said gravy, Jeff Runnings of For Against renown donates an exclusive demo, "Watch," dating back to 1988!  Another embarrassment of riches, and the price tag is attractive to match.  Get it right from the source here.  BTW, be on the lookout for reissues of For Against's 1990s catalog soon, or better yet, check out the Pledgemusic campaign to fund it.
Posted by spavid at 6:12 PM

Just got around to listening to the Jessamines. You weren't kidding... they're great. So enjoyable. Loving the dreamy female vocals with all the fuzz in the background.